Research power along the Danube

Between its source in the Black Forest and its mouth on the Black Sea, the Danube traverses 2,872 kilometres and shares shores with ten countries. The Danube Rectors' Conference (DRC) is a strong network of almost 70 universities in this region. Our aim is to improve higher education in teaching and research, and the advancement of our member universities by establishing sustainable contacts.

The DRC is Affiliate member of the European University Association (EUA)

We mourn the passing of Erhard Busek

The Institute for the Danube Region and Central Europe (IDM) as the seat of DRC Permanent Secretariat mourns the death of IDM chairman, former Vice-Chancellor Dr Erhard Busek. His family announced his passing during the night of 13-14 March 2022. The members of the board, the managing director, as well as the staff at the IDM are filled with the deepest sorrow. Our thoughts and condolences are with his family, friends and relatives.

We are experiencing extraordinary and difficult times. All European countries and their institutions, including universities, are currently tackling with the spread of the COVID-19 disease.

How are the DRC member universities responding to the current challenging situation? They share with us their experience, know-how and good practices regarding distance learning and E-learning. Click here for more information on the measures introduced at the universities.

News from our network

See below the latest news and browse in our archive.

We are more than happy that after a two-year-break due to Covid, we managed to bring together 17 young scientists, university studens and early-stage researchers from all over Europe for our annual DRC Summer School. The 17th DRC Summer School on “Shaping Tomorrow’s Research: What Future for Academia in the Danube Region?” took place in Vienna from 10th to 16th July 2022.

Unfortunately, due to the senseless and unjustified Russian war on Ukraine, the Summer School could not take place as originally planned at the Uzhhorod National University in Ukraine. However, first-hand experiences of Ukrainian students about learning, volunteering, and mobility in the shadow of the war have been one of the focus topics. Other topics touched upon the role of research in policymaking, knowledge sharing as well as university autonomy and academic freedom. We are particularly honoured to have welcomed Shalini Randeria, President and Rector of the CEU, as our keynote speaker.

Alongside the lectures, the participants attended the FIFUDEM Final Conference, went on a field trip to the picturesque Wachau valley and ended two days with an amazing dinner at the typical Austrian Heuriger. Also, they connected with the participants of the DRC Strategic Foresight Project and gave feedback to their semi-final reports on the future scenarios developed. 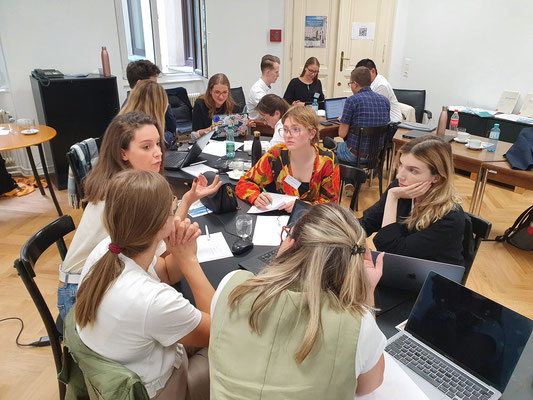 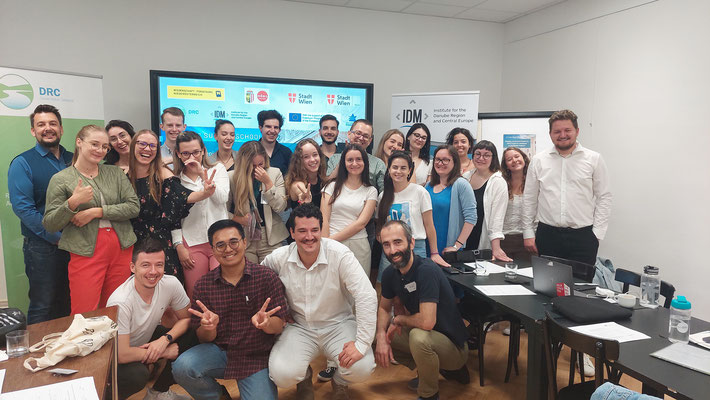 As a follow-up, the Summer School participants are now given the chance to contribute to the scientific journal 'Der Donauraum' with their own research. Moreover, they will be part of the next Podcast season of the IDM Vienna 'Central Europe Explained' and therefore create sustainable outcome out of this week!

In that regard, we would like to thank our sponsors for their support, all the participants for being a such an amazing group and for their active participation, our highly esteemed visiting lecturers for their inputs, and the IDM team for implementing the project!


We are already very much looking forward to the 18th DRC Summer School 2023!

In the meantime, have a closer look at the summary of this year's Summer School here: https://www.drc-danube.org/summer-school/history/2022-vienna/.

Last week we had the pleasure of hosting Shalini Randeria, President and Rector of the Central European University (CEU) as the keynote speaker at our 17th DRC Summer School, which took place in the premises of the Institute for the Danube Region and Central Europe (IDM) in Vienna.

Shalini Randeria held an inspiring speech on the topic of "Embattled Universities: Academic Freedom and Democratic Backsliding" and reminded us about the currently existing threats and challenges that our democratic systems and academic institutions in Europe and beyond are facing. Most importantly, however, Shalini Randeria stressed that the restriction of academic freedom as a tool to hallow out democracies is a process functioning from within, and that it is therefore the responsibility and, at the same time, the possibility for every single individual of our societies to support the recovery of the European democracies and of our academic system.

We as the DRC wish to express our appreciation for Shalini Randeria's inspiring input and contribution to our Summer School and hope to welcome her again for upcoming events in the near future.

Up until then, we want to highlight her numerous publications, ranging from the issues of funding, intellectual property rights, as also gender issues and migration problematics.

To access her work, as also to find more detailed information on Shalini Randeria's persona, you can click the following link.

Winner of the "Sharing Future" Artist in Residence Scholarship 2022

The Artist in Residence grant "Sharing Future" of the International Elias Canetti Society, funded by the Danube Rectors' Conference, entered its 4th round this year and received 29 valuable applications from artists and artist duos all over Europe. Finally, the Canetti Artist Scholarship was granted to the Polish visual artist Ziemowit Fincek.

Ziemowit Fincek will be staying in Ruse, Bulgaria, for a month to continue working on his artistic project “Negentropy”.

What Future for Academia in the Danube Region?"

General Topics of the Summer School:

Youth in academia – passive listeners or drivers for change?

The role of students, graduates and early-stage researchers in academia is significantly shaped by the given institutional structures and processes at universities and research institutions. In the Danube Region, rigid hierarchy-based approach and institutional setting are predominantly established, thus effecting professional development of students as well as their cultural approach to – and their role in – academia. By challenging the academic status quo, university students and young researchers can prove to be the driving force for a cultural shift in academia stemming from a more participative and inclusive learning formats and university procedures.

Particularly in young democratic systems of Central, Eastern and Southeastern European countries, the university autonomy and academic freedom become a victim to various socio-political pressures. While introducing political reforms and cultivating informal structures, the limitation, undermining or even destruction of autonomy of universities and research institutes happens to be a reality. This development results in decreasing of transparency and accountability of higher education in general.

Education for a brighter future – role of research in policy-making

In addition to education and research, higher education also plays a crucial role in transferring the latest, evidence-based knowledge and technology to the public and policy-makers. Facing the ever-increasing general distrust in science and the changing political-social climate, the resilience of universities and academia is coming to the test. Universities need to rethink the ways of enhancing the role of science in the decision-making processes both on national and European levels.

According to the Ministry of Education and Science of Ukraine, more than 1600 educational institutions were affected by the war in Ukraine. Almost 50 pre-higher and higher education buildings and around 58 scientific facilities have been significantly damaged, amounting to nearly 15% of the research infrastructure of higher education and research institutions in Ukraine. The conflict in Ukraine serves as an example of the broader impact of the war on local universities and institutions and sheds light on the interplay between conflict, education, mobility, asylum and migration.

APPLY NOW BY FILLING OUT THE APPLICATION FORM!

From April 28th to 29th, 2022, various expert presentations were given on the general topic "University values: what, why and how?" at the University of Technology and Economics Budapest. In the breakout session "Strategic Framework instead of Strategy - an institution-wide approach to drive values into reality", Mag. Friedrich Faulhammer presented the further strategic development of the UWK as a "best practice" model.  The "Spotlight on Ukraine", touching upon the effects of the war on educational and research institutions as well as the experiences of a professor who had to flee her academic institution for the second time after 2014, was particularly impressive for the DRC representatives. 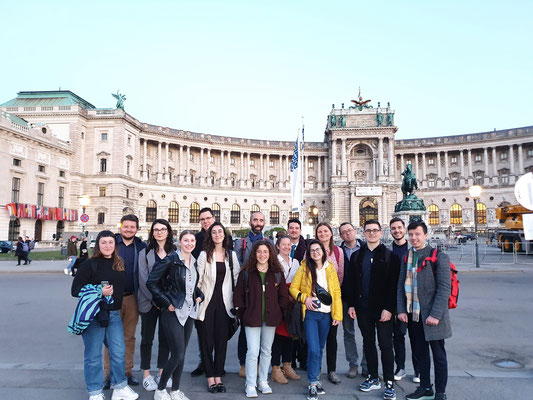 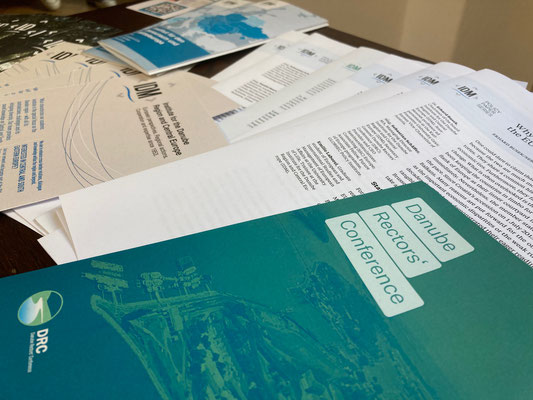 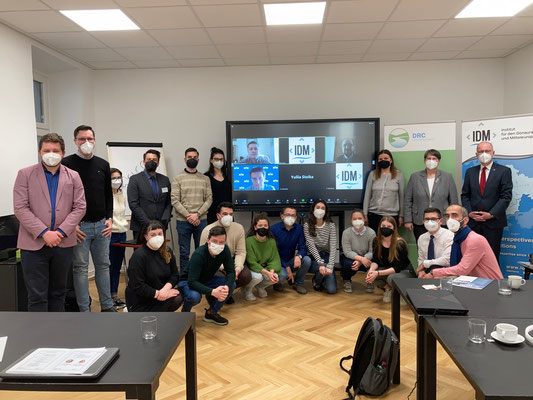 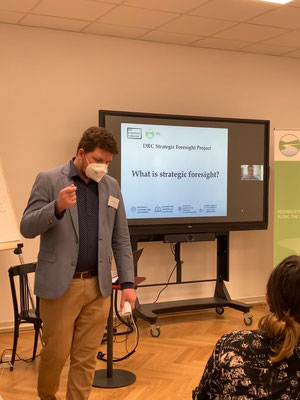 Between the 27th and 29th of March, twenty bright minds from all over Europe have gathered in Vienna for developing possible scenarios concerning the future of research and higher education in the Danube Region.

After getting numerous insights on strategic foresight methodology provided by our guest professors during the lectures, participants have worked within their assigned group and dealt with four different thematic areas: University Autonomy and Governance, Science and Learning in Digital Era, Scientific Research for European Decision Making, and Employability of Students and Early-stage researchers.

It was just the first meeting, but the proactiveness of the participants, as well as the early results they have already brought, clearly show that the project outcome will be a valuable contribution to analysing what is ahead of us when it comes to the future scenarios of higher education in the region!

Therefore, we thank all the participants for being a great group of young researchers and for bringing their enthusiasm to Vienna, the visiting lecturers for the valuable inputs provided, and the IDM team for implementing the project!

The first in-person meeting is just the beginning of the project, which will continue throughout the upcoming months. Don't forget to follow our social media channels to keep on track of it! 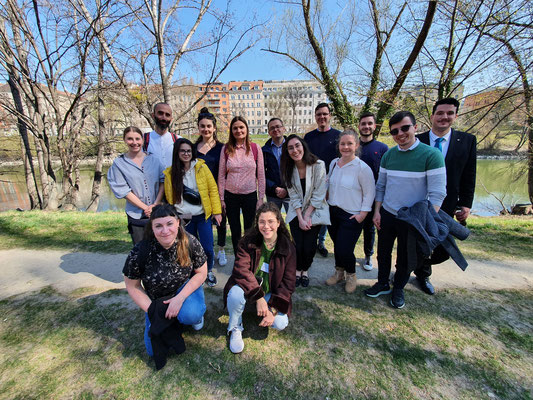 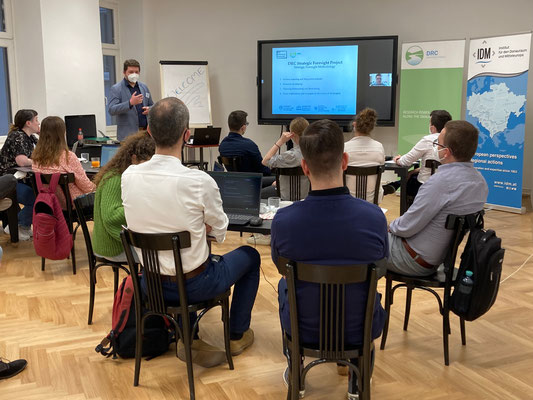 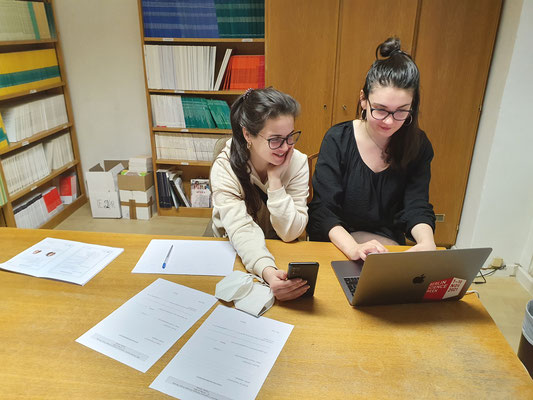 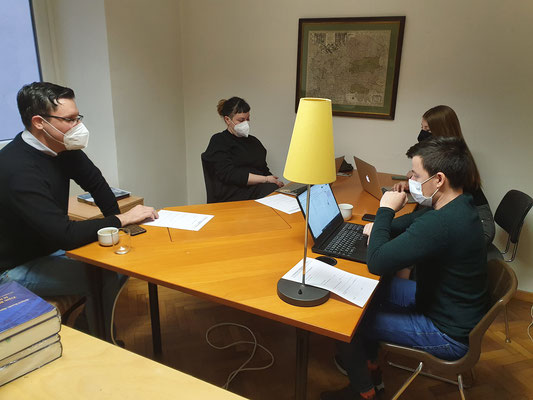 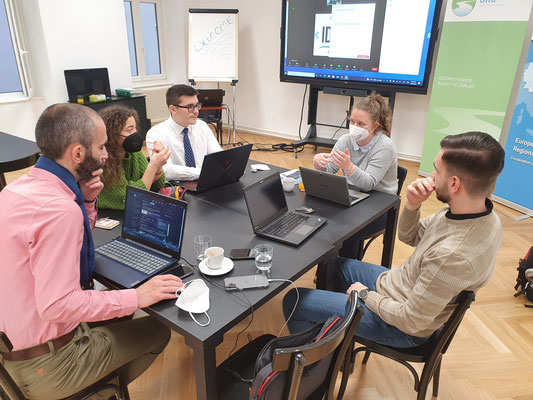 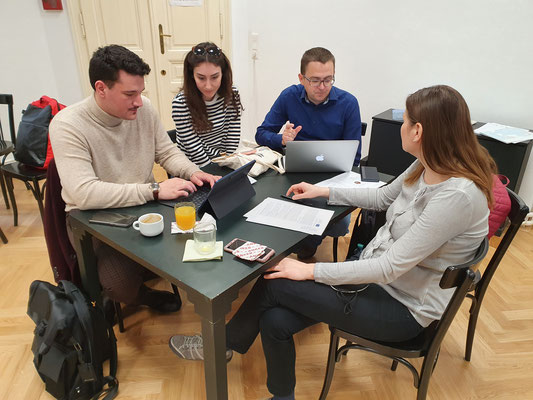