Following the elections of the new presidency during the DRC General Assembly on 11 November 2022, we gladly announce the new DRC Presidency for the period 2023-2024.

We would like to congratulate the newly elected Presidency and are looking forward to the cooperation during the upcoming two years. We are confident the members of the new Presidency will continue DRC’s mission to strengthen the ties among its members and through the continuation of various initiatives to further increase DRC‘s presence in the Danube Region and beyond.

Following the decision of DRC General Assembly on 11 November 2022, the DRC is pleased to announce the election of former DRC President and Vice-President Ivanka Popović as DRC Acting Honorary President. We would like to thank Prof. Popović for all efforts and valuable contribution in her previous roles within DRC Presidency and look forward to continuing the successful cooperation in the upcoming years!

We are also glad to announce that Ivanka Popović has also been nominated for the position of EUA President. The DRC Presidency fully supports her nomination as it is convinced that her election as EUA president would not only strengthen the voice of universities from Central, Eastern and Southeastern Europe, but she would firmly represent and promote the interests of the EUA members.

DRC Vice-President Mag. Friedrich Faulhammer speaking during the breakout session "Strategic Framework instead of Strategy - an institution-wide approach to drive values into reality". He presented the further strategic development of the University of Continuing Education Krems (UWK) as a "best practice" model. The "Spotlight on Ukraine", touching upon the effects of the war on educational and research institutions as well as the experiences of a professor who had to flee her academic institution for the second time after 2014, was particularly impressive for the DRC representatives.

The DRC wishes to congratulate  Rector Ivanka Popović, who was elected as the new member of the European University Association board. The ceremony took place on the 30th of April 2021. Her term spreads over 2021-2025. She is also currently vice-president of the Danube Rectors Conference.

The European University Association (EUA) is the representative organisation for universities in 48 European countries, bringing together more than 850 institutions. The EUA plays a major role in the Bologna Process and in the definition of the European Union's policies on higher education, research and innovation.

Invanka Popović studied at the University of Maryland (US) and at the Faculty of Technology and Metallurgy (FTM) at the University of Belgrade. She holds a Master's degree and a PhD in Chemical Engineering from the latter, where she then served as the faculty’s first female Dean (2006-2012).

Besides teaching and research activities (polymer science and engineering, and sustainable development), she served as Vice-Rector for Research (2012-2015) and as Vice-Rector for International and Inter-University Cooperation (2015-2018) at the University of Belgrade. She also managed several national fundamental scientific projects and participated in renowned project such as TEMPUS, ERASMUS, as well as two FP7 projects and one H2020 project. She is a UNIDO national expert for Cleaner Production.

Since October 2018, Professor Ivanka Popović is Rector of the University of Belgrade. Currently, she is the President of the Serbian Rectors’ Conference and the Rectors’ Forum of Southeast Europe and the Western Balkans, Vice-President of the Danube Rectors' Conference, and now member of the board of the European University Association.

Hopefully the year 2021 is going to impact positively all areas of higher education and we are very much looking forward to contributing to the new developments with our newly appointed presidency. We are confident we will continue our mission to strengthen the ties among our members, and, by doing so, to increase our presence in the Danube Region.

We are glad to announce that the DRC President and Rector of the University of Belgrade Prof. Dr. Ivanka Popović has been awarded the prestigious Excellence Award 2020 for her committment and dedication in the field of education.

'It is really a privilege to be in the company of such distinguished laureates of this award. I would like to thank Hemofarm Foundation and Hemofarm for considering me in general for such a prestigious award. It’s a really special honor for me. I would like to especially thank my home Faculty of Technology and Metallurgy, which enabled me to practice my profession, but also the Serbian Chemical Society, which also influenced my professional path and means a lot to me and I believe that its work in Serbian society is exceptionally significant', Prof. Dr. Popović said when receiving the award.

The Hemofarm Foundation is active since 1933 and it's the leading foundation in Serbia. This awards-winner foundation has been working in the area of health to improve the quality of services and life within society and it's been also investing in programmes aimed to support younger generations in the field of culture and education. In this perspective, in 2018 they established the "Excellence Award" a prize for those personalities who stood out with their outstanding achievements, their dedication and persistence in the field of culture, health and education. These values inspired the artist Alexandar Vac who designed this year's statuette with the shape of a crane symbolizing persistence and perserverance as the two main lever to change the future.

On the occasion of the 30 years since the foundation of the Vasile Goldis Western University of Arad, Friedrich Faulhammer, Rector of the Danube University Krems and DRC Vice President, send his message wishing ongoing academic success and prosperity.

DRC President and Rector of the University of Belgrade Prof. Dr. Ivanka Popović was guest of the IDMonSite live talk on March 27, 2020.

With the recently launched IDMonSite format the Institute for the Danube Region and Central Europe (IDM) is providing regular live streams with its cooperation partners and experts in the CEE and SEE region via IDMVienna YouTube channel.

DRC President Prof. Dr. Ivanka Popović at the kick-off event of the joint Jean Monnet project of the DRC with the Institute for the Danube Region and Central Europe (IDM) called "Democracy Is (No!) Fiction: Developing Concepts and Strategies For an Inclusive and Participatory Europe" on January 13, 2020 in Vienna.

The event was opened, among others, by the DRC President and Rector of the University of Belgrade Prof. Dr. Ivanka Popović, who emphasized the importance of education on the formation of a stable, sensitive civil society composed of critically-minded and socially engaged citizens.

On behalf of the DRC were also involved the DRC Vice-President and Rector of the Danube University Krems Mag. Friedrich Faulhammer as well as the DRC Secretary General Mag. Sebastian Schäffer.

You can find more information on the project here.

DRC President Mag. Friedrich Faulhammer at the UNICA Rectors Seminar “Networking of university networks: synergy of partnership”, hosted by the University of Belgrade, 24-25 May 2018.


The 1st DRC Presidency Meeting 2018 has been held at the Institut for the Danube Region and Central Europe (IDM) on 7th March 2018. 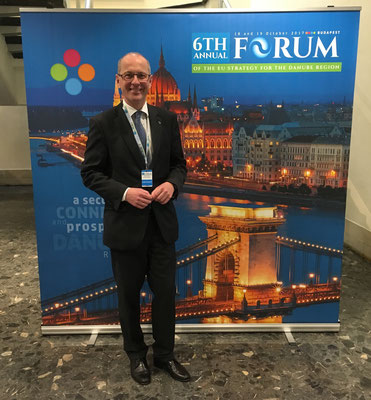 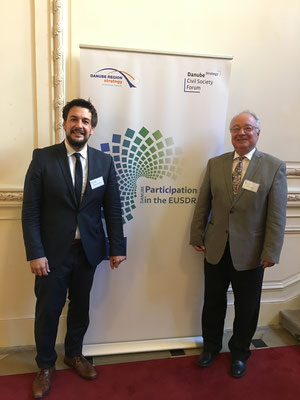 EDU-LAB Seminar und Workshop held at the University of Maribor

The 3rd Presidency Meeting 2017 has been held at the University of Zagreb on 20th September. The minutes can be found in our Intranet.

The 2nd Presidency Meeting 2017 has been held at the Danube University Krems on 29th May. The minutes can be found in our Intranet.

DRC is associated partner of EDU-LAB

EDU-LAB is a project funded by the European Union aiming to improve the professional chances of young people in the Danube region.

More than 20 partners from 10 countries will cooperate for two and a half years to link education to employment in a sustainable way. A new governance model will be developed with the goal to create a binding commitment by the “Danubian Charter for young talents”.

During the General assembly held at the Danube University Krems on 11. November 2016, a new DRC presidency has been elected. The new DRC president Rector Friedrich Faulhammer and his Vice-presidents Prof. Dr. Doru Pamfil and Prof. Dr. Karol Micieta have been unanimously approved by all DRC members present.